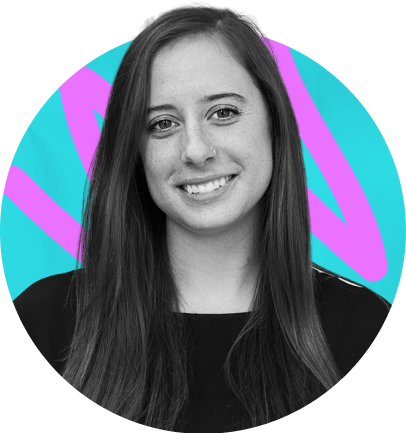 As the Digital Content Director, Maggie leads a small but mighty team of strategists creating email, website, and advertising content designed to educate, inspire, and mobilize our community to take action. If it’s not character limited, Maggie makes it happen.

Maggie has taken on many roles in her professional life before Stand Up America. She was most recently the Communications Director at the Future Project, an education nonprofit focused on serving young people in high schools in 11 cities across the country. Prior to that, she was the Government Outreach lead at Democracy Works, supporting local election administrators to implement the ballot tracking software Ballot Scout.

The role Maggie looks on most fondly is serving as an organizer for Hillary for America in Greenville, NC. She helped deliver a 52.3% national point win in Pitt County, and reclaim the governorship. She knocked on thousands of doors and had the blisters to prove it.

Originally from the great state of Oregon, Maggie holds a Bachelor’s degree from the University of Washington in International Studies. She was also the co-creator and executive producer of Bullet Catchers, a devised theatre piece about women serving in combat in the US military. She strongly believes in the glory that is the Pacific Northwest.